Budget: £29,000
Maintenance: four to six hours a month
Type of design: modern
Seating area: sits 12
Features: water feature, lighting and topiary
Planting: colourful and soft
Pathway: to get to the back garden

Notes: the design needs to be sharp and create a visual impression, but it must still be a practical  family garden.

When implementing such a defining feature as a pathway running thought the centre of a garden, it’s important to use a more natural material like gravel or slate chipping, as to have a hard surface such as paving would create a harsh backdrop.

We have created a seating area under a pergola, and a lovely family area around the fire pit.

It’s important that the seating area does not stick out too far, hence the two borders and pathway running to the side.

The planting has been designed so that it is soft, lush and colourful but not too rustic. We have achieved this by mainly using herbaceous plants that are more architectural and produce a flower spike as opposed to bush-like herbaceous plants.

3D CAD design during the day and night 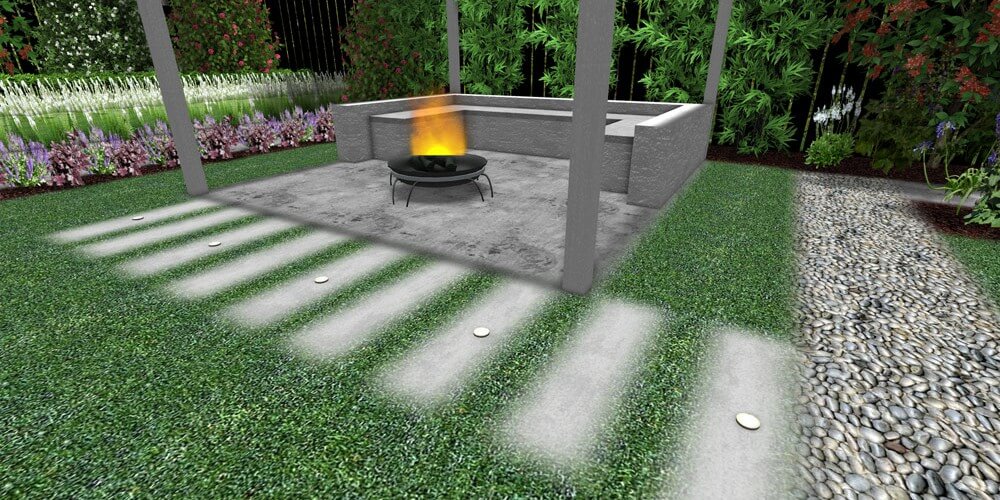 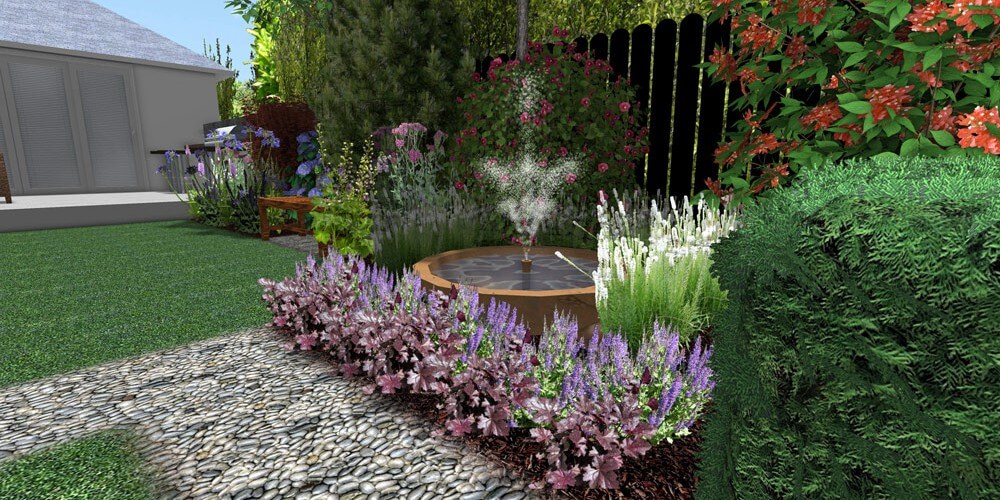 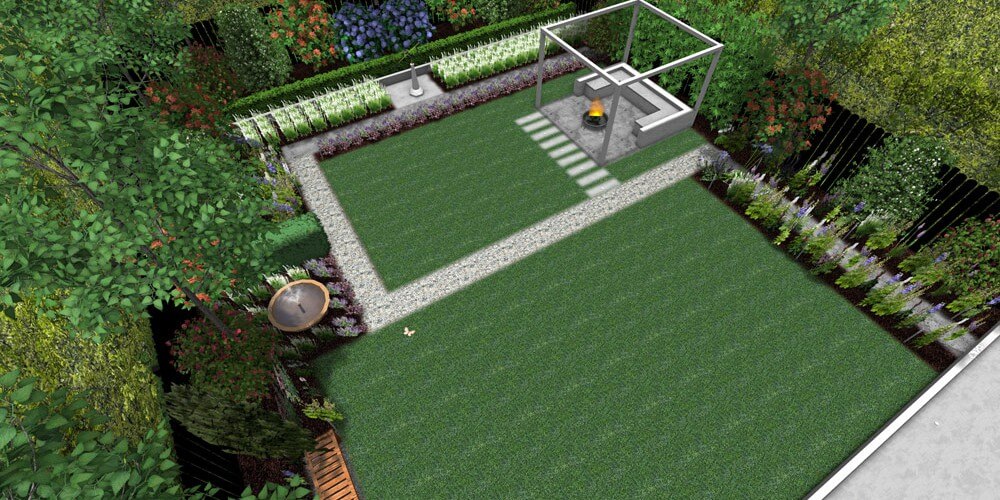 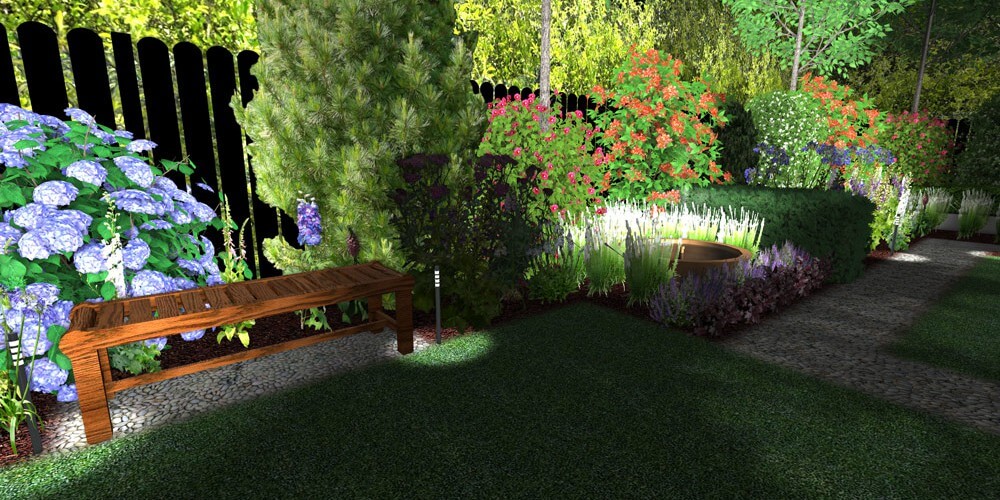 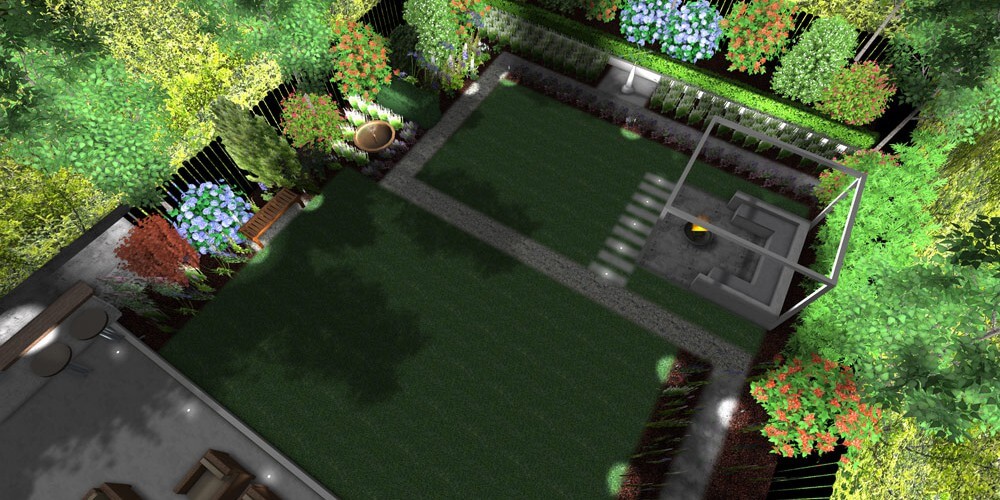